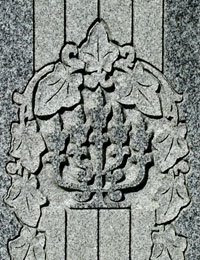 No thanks to the doctors at the Grace Hospital in Winnipeg.

LifeNews reports that Samuel Golubchuk,at the center of a life advocacy/eugenics court battle, has died :

"Golubchuk was a terminally ill elderly patient who family said subjecting to euthanasia would violate their religious beliefs. But his doctors wanted to refuse life-sustaining treatment.

He suffered from a brain injury he sustained in 2003 but could still understand and communicate. His condition deteriorated after he had a bout of pneumonia and pulmonary hypertension.

Earlier this month, the doctor who wanted to impose his values on Golubchuk by forcing him off respirator and feeding tube resigned rather than continue treatment.

Family lawyer Neil Kravetsky told the Canadian Press that the Golubchuk family won their battle with hospital staff who wanted to take his life sooner.

'Mr. Golubchuk won,' Kravetsky said. He didn't die because they pulled him off life support. He died when his time had come.'

'No one took him off life support -- God did and that's what they were fighting for,' Kravetsky added."

I'm sure the Canadian Medical Assoc. can find another old/handicapped/brain damaged/sleeping patient in a hospital somewhere to refuse to feed and hydrate, thus establishing their exclusive right to determine the value of a life in their care.

And my friends think I'm wary of doctors out of a need to be obnoxiously 'anti-authority'. I just don't trust people who think they ARE God!
at 4:27 PM