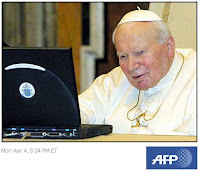 Congratulations to those selected from the 750 requests! We hope the meeting is enlightening.

(AFP/ANSA/File/Alessandro Bianchi)
at 1:29 PM No comments:

We have reason to rejoice when we consider the many babies whose lives have been saved during the 40 Days for Life campaign. Add to those lives, the women and men who have been spared from a devastating decision and now have opportunity to make a plan for their baby that is both life affirming and God honoring. 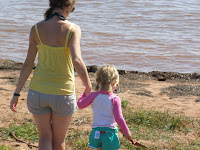 .
IF I could vote (which as a non-resident, I cannot) I would vote for the candidate, not the party. In Canada, for a supporter of the culture of life, what other option is there? 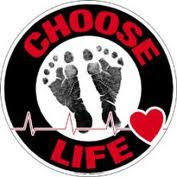 It's not as if , in voting CPC, you guarantee that prolife views will even be heard. They won't be. The PM has taken pains to make that clear.

So since none of the possible winners (overall) are supporters of the 'culture of life', I would vote for the candidate in my riding that has the best understanding of life and family - regardless of party. What difference could it make- how could it be worse?

You may want to factor in economics, and freedom... in which case, I suppose CPC makes more sense marginally - but I would never vote for a CPC candidate who was life-ignorant , over another candidate who was solidly prolife. Never.


National March For Life MAY 12 OTTAWA 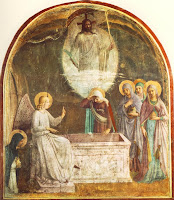 Hope does not mean that we ignore or minimize the evils around us. It means, rather, that we see the whole picture, which is that evil is conquered because of what happened one Sunday morning. The power of sin and death has been broken by the Resurrection of Christ. We are called to proclaim, celebrate, and serve that victory, waiting in joyful hope for Christ's return and the full flowering of the Culture of Life! Indeed, Sunday's comin'!" 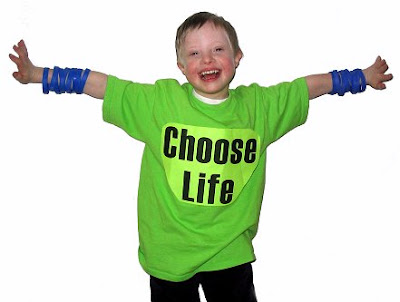 Norma McCorvey (the former Jane Roe of Roe v. Wade) used to work at an abortion mill named "A Choice for Women." She now realizes what a cruel irony that title was. She saw first hand, just as pregnancy resource center counselors see, that women don't get abortions because of freedom of choice, but rather because they feel they have no freedom and no choice. They feel trapped, abandoned, desperate and afraid, and have been led to believe that abortion is their only option.


...Speaking for the Iowa Family Leader's presidential lecture series in Sioux City, Paul said that he is troubled when he hears libertarians advocate for abortion rights. Describing conversations with supporters, the Texas congressman and presidential hopeful said he often here a “libertarian type of argument” along the lines of “it’s the woman’s body. She can do whatever she wants. She can have an abortion.”

“I don’t like them to use that argument – that believing in liberty means you can kill the unborn,” Paul said.

Paul contended that libertarianism and opposing abortion are not separate philosophies, but rather stem from the same belief structure.

...I don’t think Republicans did it deliberately. I’m pretty sure they just wanted to cut funding for Planned Parenthood. But, holy cow, did they find the Democrats’ weak spot!

Senate Majority Leader Harry Reid threatened to shut down the government to save abortions in the District of Columbia. Reid, who is known as a “pro-life Democrat,” said cutting Planned Parenthood’s funding was the “one issue” on which he would not budge...


“The very idea that the CCHD would praise CIW in a document that apologizes for funding pro-abortion, pro-homosexual organizations in the past and promises to make a stronger effort to avoid doing so in the future seriously undermines their credibility,” ...

...“The CIW's participation with these groups directly violates the CCHD Renewal documents restriction on participating in coalitions which have positions or actions which contradict fundamental Catholic moral and social teaching.” said Rob Gasper, founder of RCN member Bellarmine Veritas Ministry. “The CCHD's lack of oversight even in its renewal document underscores our concern and call for a delay in the national collection until the 2010 grants list is released.”

“I am a 60-year-old woman who had four abortions when I was a young woman — spiritually and emotionally lost,” she wrote.

“Since I returned to church in 1992, I have experienced Christ’s mercy and healing more powerfully than words can express. He is my treasure. He is the meaning and purpose of my life.”

She adds that she’s praying daily — and she’s fasting from coffee!

“I cry with joy for the babies saved and the minds and hearts changed,” she wrote. “May He continue to bless the babies, mothers and others through your beautiful commitment!”

Some links to remind me WHY NOT to support KAIROS :

In a Dec 21 Star article Rosie DiManno writes that KAIROS, "has for decades been active in promoting "liberation theology" sponsoring and facilitating social, economic and ecological justice around the world, including the Middle East."

The KAIROS website reveals that the organization has a strong commitment to the global anti-aids movement, including repeated positive references to Stephen Lewis who has condemned Uganda's unwillingness to adopt the spectacularly failed condom strategy against aids and who is intensely pro-abortion...

..The organization promotes major actions to combat climate change. KAIROS is a co-signer to an open letter to Canada's Parliament titled "Supporting the Copenhagen Climate Bill" which states "Failure to reduce emissions of greenhouse gases will lead to catastrophic changes in our climate, threatening millions of people with drought, famine, extreme weather events and rising sea levels." Many of the co-signing groups are known strong supporters of population control...

ONLY GIVE MONEY TO PEOPLE THAT DON'T PROMOTE ANTI-PEOPLE AGENDAS - directly or indirectly. We are big enough, worldwide and effective enough to support only the best, without any compromise. Who does it serve to give money to unsavoury partners? 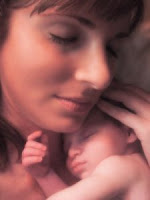 While a 40 Days for Life volunteer was praying with her daughter at the vigil in La Puente, a young mom came by “with the most gorgeous baby,” according to the volunteer. The woman told the volunteer that prior to the child’s arrival she had an abortion.

“It took me eight years wanting another child,” she said. “But I wasn’t able to conceive. Then one day, I passed by the abortion clinic and noticed the 40 Days for Life campaign. I told my elder sons, ‘We’re going to pray.’ A few months later, I was expecting my third child.”

The young mom’s family would tell her, “Be quiet! You can never talk about your abortion!” But now, she says, “After eight years I will no longer keep quiet. Although I didn’t save my baby, I can help save the lives of babies to come.”

"We Shall Not Weary"


"Wash yourselves, make yourselves clean; Put away the evil of your doings from before My eyes. Cease to do evil, Learn to do good; Seek justice, Rebuke the oppressor; Defend the fatherless, Plead for the widow."

What Is 'Conservative' and Does It Matter ?

... Imagine the original editors of National Review, Buckley, Kirk, Chambers, and the rest, and others of their sort, gathered in a room in the fifties, and then imagine the scalding rebuke they would have given to someone who proposed homosexual “marriage” as a conservative position, especially if he argued for it on the basis of “maximal experiential union.”...

"You Are A Priest Forever"

.
Looking forward to the video-journals from this meeting of minds :

In a fitting tribute to a pontiff whose last major text prophetically spoke of the "rapid development" of the means of communication, the Holy See has announced plans for a first-of-its-kind encounter with the world of new media, to be held a day after the 1 May beatification of Pope John Paul II.

Arranged by the Pontifical Councils for Culture and Social Communications, the "Meeting with Bloggers" will take place at the Via della Conciliazione building where both dicasteries have their offices.

Intended to foster an exchange between bloggers and the global church's media chiefs...


The dragon stood before the woman who was about to give birth, so that when she bore her child he might devour it. She gave birth to a male child, one who is to rule all the nations with a rod of iron, but her child was caught up to God and to his throne

One of the 247 locations where 40 Days for Life is taking place right now is in the nation of Georgia — a place with a long, sad history regarding abortion.

Here are some of the things that Carolyn, the local coordinator, has told us about this first-time campaign …