Archbishop Chaput points out 10 things to remember on the way to November....

http://www.catholiceducation.org/articles/politics/pg0190.htm
at 7:44 AM No comments:

CANADA - The Only 'Civilized' Country Without Restrictions

By Will Johnston, President Physicians for Life
OTTAWA, January 28, 2008 (LifeSiteNews.com)

- Since the Supreme Court's Morgentaler decision in 1988, Canada remains the only civilized country in the world with no legal restraint on abortion.Abortion advocates in and out of the medical profession continue to falsely claim a consensus on this open practice, yet polls repeatedly show that 2/3 of Canadians want some legal protection for the unborn child; the Morgentaler justices themselves stated the state's interest in this goal.As physicians, we see how our justice system lags behind science: - there is no medical indication for abortion;- there is no biological difference between a "wanted" and an "unwanted" child in the womb;- a fetus born prematurely at 24 weeks becomes a "baby" with the full protection of Canadian law, while a fetus 4 months older, still in the womb at full term, has no legal rights at all;- genocide against female babies in the womb, with ultrasound and abortion as the weapons, are a reality in certain cultures in Canada, yet cannot be questioned (unless hypocritically) by an uncompromising pro-choice ideology.Abortion is not only fatal for the unborn child, but dangerous for the pregnant woman who makes this choice. The only true choice is an informed choice, yet we question the validity of a woman's informed consent for abortion when its advocates deny or attempt to cover up the true complication rate.
An independent Ontario study revealed that in the first 3 months after abortion, a woman falls victim to:* a 4-times rate of hospitalization for infection* a 5-times rate of hospitalization for another surgical procedure* a 5-times rate of hospitalization for psychiatric care, in a health care system when only the most dire psychological cases can get a hospital bed.The world literature is replete with the reported increased risk of infertility, breast cancer, and subsequent premature delivery and its associated higher rate of cerebral palsy after an earlier abortion.Abortion advocates are frustrated by the dearth of new young physicians willing to perform abortions. They are organizing radical new plans to indoctrinate medical school curricula with their agenda, and defy any alternate voice. Most sinister of all, they cry out to punish doctors of conscience who resist plans to force them to be part of the abortion referral network. They cannot accept the real reason why most doctors do not go into abortion: very few young, intelligent and caring medical students go into the wonderful field of medicine to kill.Has it all gone too far?We see another pressing social need that rarely commands much media attention: the long, heartbreaking lineup of couples who want to adopt a newborn baby. When the adoption option is considered, there need be no such thing as an "unwanted" child, and therefore no need for abortion. That is a society we'd like to see, and care for.

Can Canada do better? Twenty years after Morgentaler, we think so.
at 5:10 PM No comments:

Freedom to DISCUSS the Choice

Article printed in the Ottawa Citizen:
http://www.prowomanprolife.org/Freedom_to_discuss_the_choice_080128.pdf
at 4:45 PM No comments:

(from The Curt Jester 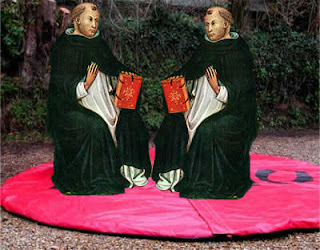 Email ThisBlogThis!Share to TwitterShare to FacebookShare to Pinterest
Labels: Catholic

DAVID FRUM writes a thoughtful essay on the resulting ethical vacumn caused by the Morgentaler decision 20 YEARS AGO in Canada.

“A Catholic would be guilty of formal cooperation in evil, and so unworthy to present himself for Holy Communion, if he were to deliberately vote for a candidate precisely because of the candidate’s permissive stand on abortion and/or euthanasia. When a Catholic does not share a candidate’s stand in favor of abortion and/or euthanasia, but votes for that candidate for other reasons, it is considered remote material cooperation, which can be permitted in the presence of proportionate reasons.”

Jimmy Akin does an excellent job of explaining the fullness of what this means:http://www.jimmyakin.org/2004/09/what_ratzinger_.html

If you're Catholic and you're voting, YOU NEED TO KNOW THIS!
at 12:01 PM No comments:

"People have fallen into a foolish habit of speaking of orthodoxy as some thing heavy, humdrum, and safe. There never was anything so perilous or so exciting as orthodoxy. It was sanity: and to be sane is more dramatic than to be mad. "