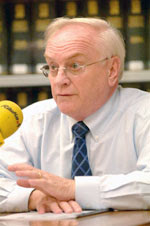 Dr. Robert Walley, founder of MaterCare International, gives speech at US House of Representatives Committee on Foreign Affairs:
http://www.lifesitenews.com/ldn/2008/mar/08031903.html
http://www.matercare.org/award.asp
at 1:28 AM No comments: 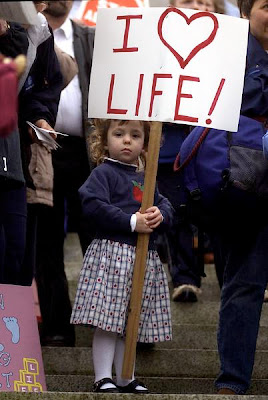 My comments on A Saturday morning contemplation:
Is it really so important to ’separate yourself out’ from other pro-lifers? Do you think it makes so much difference to those indifferent to life? Do you really care so much what difficulties people have in appreciating your views.
The prejudices they claim against certain ‘types’ of pro-lifers, are really just extra ‘buffer’ between themselves and self-awareness. The battle to appreciate life has hardly anything at all to do with how easy you are on the palate. Its an internal struggle that they have spent a lifetime ‘not’ coming to terms with.
The more ways the truth is told, the more people will ‘wake up’ to the reality of abortion. Some are persuaded by fear and love of God, some by personal tragedy, some by punishing shows of real consequences and some by intellectual reconciliation. All are legitimate . Most of us go through similar ostracization and shunning. Its the sacrifice necessary to accomplish good. A fact of being human.
I thought ‘Horton Hears a Who’ had a pro-life message (the book - I haven’t seen the film) and my kids did too. They did, because all the family members they know and love, and the Church ladies, and their homeschooled friends, are involved in ‘life’ advocacy - one way or another. Its at the forefront of their consciousness, and they relate the evening news, and their history lessons to it the same way. On their own, from their own hearts and minds. We (my husband and I) are now watching the fourth generation be born and grow up ABSOLUTELY for life. This is how Canada will change. Extrapolating the numbers of pro-lifers being born the next few generations might even accomplish the change demographically! (I’m KIND of kidding…no pun intended!)
at 12:09 AM No comments:

AIDS and Chastity : What Is True? 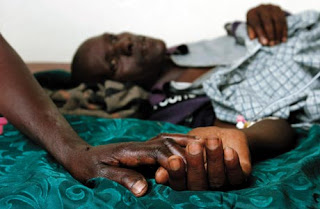 "Consider this fact: In every African country in which HIV infections have declined, this decline has been associated with a decrease in the proportion of men and women reporting more than one sex partner over the course of a year—which is exactly what fidelity programs promote. The same association with HIV decline cannot be said for condom use, coverage of HIV testing, treatment for curable sexually transmitted infections, provision of antiretroviral drugs, or any other intervention or behavior. The other behavior that has often been associated with a decline in HIV prevalence is a decrease in premarital sex among young people." 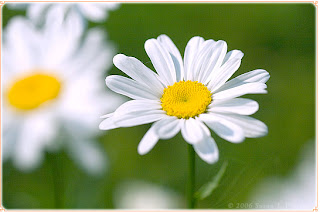 "A Touching Moment of Modesty"

I consider my cousin to be the most beautiful woman I know. Everything about her twenty-one-year-old figure, skin, lips, eyes, cheek bones--you name it, is sculpted to perfection. Not only is she perfectly gorgeous, but more importantly, she is a kind, self confident, and happy person.
In short, I love and admire her very much. That is why I was extremely excited when she decided to extend her trip to Israel and come stay with me for a few days. During this time, we shared many special conversations. One of these conversations sticks out of my mind more than any other.
As a modern Orthodox Jewish institution, my school requires that all of the women who attend my school or walk around the campus wear modest clothing with a high neckline and skirts that fall below the knee. Since she was staying in my dorm, my cousin was asked to follow the same dress code.
It happened as we were walking down a flight of stairs towards the train station. She suddenly said, "I love skirts! I feel so much more free in them than pants! I feel so much less self conscious! It's so much easier to concentrate when you aren't worrying about how everyone is judging your body in your clothing."
Hearing this from my cousin was surprising, because she rarely wears this style of clothing. I just thought she never payed attention to the constant stares she got.
For me, this experience really encompassed the essence of what makes modesty the real path towards female empowerment. (from: http://blogs.modestlyyours.net/)
at 2:08 PM No comments:

The Shroud of Turin as a visible Gospel, from the National Catholic Register:
http://ncregister.com/site/article/13861
at 1:28 PM No comments:

HORTON - A Review In Verse

By Steven D. Greydanus
In the wide world of Seuss, from the white Sneech-beach sands Out to sleepy Far Foodle, and throughout the lands Of the Yooks and the Zooks, no hero is braver Than Horton, egg-hatcher and Who life-saver.
No one’s heart’s bigger, even Thidwick the Moose And even the Lorax took less abuse. One book can’t contain Horton’s dogged heroics! His stoical pluck shows up all other stoics!
He wants every voice to be clearly heard And he sticks up for those who can’t yet say a word. Even those unhatched and forsook by their mothers Or too small to see and denied by most others.
But the last time Who-ville came to the screen Seuss-ian magic was not to be seen. Jim Carrey’s Grinch was nothing to relish And Mike Myer’s Hat Cat was no more Geisel-ish.
Could La-La Land ever give Horton his due? A pro-life pachyderm who’s trusty and true? And with Jim Carrey back! As Horton’s own voice! The Grinch! Could there be a peculiarer choice?
But… what’s this? From Blue Sky? Creators of Manny The Mammoth, Ice Age’s pachyderm nanny? The makers of Robots? Could they get it right? Could they pull off Horton? You know, they just might…
And they have! Their Horton’s playful and kind Responsible, long-suffering, stout in a bind. And, as if atoning, even Jim Carrey… He’s not at all grinchy! He’s Horton-y! Very!
Steve Carell makes a great Mayor of Who And Carol Burnett is the sour kangaroo. And narrator Charles Osgood goes to town And he has anapestic tetrameter down.
And it comes without latex! Without ribald joshing! Without key-party games or rave-party moshing! And it gets even better! I’m pleased to relate That Horton’s the very best Blue Sky to date.
This isn’t the first time this tale’s been retold And it’s grown in the telling, like fables of old. The Chuck Jones short, written by Seuss, broke the news That the big world beyond was unknown to the Whos.
Then in Seussical, little twerp Jo-jo made good As the Mayor’s son, soulful but misunderstood. They take here and there from each form of the fable But Blue Sky’s own strengths bring a lot to the table.
All their films shine with slapstick and wit And Rube Goldberg flair that makes Seuss a good fit. Their stories and characters don’t always jell But with something to work with, their work is quite swell.
They know how to use Horton’s ears and his nose And they’ve got good ideas about all his woes. Turns out Horton mentors the young jungle critters And that gives that kangaroo bully the jitters.
Finding life on a speck, too tiny to see Prompts Horton to wonder if our world might be Just a speck in some much larger world beyond ours — But the kangaroo sees a fool talking to flowers.
(There’s one slip, the kangaroo’s passing snipe About how she “pouch-schools” to avoid Horton’s type. That’s backwards for sure. That officious old grouch Has N.E.A. written all over her pouch.)
An empirical sort, she’s no patience to spare For what others think when she’s sure nothing’s there. But the last straw is when the tykes start going on About their own flowers, and the “worlds” thereupon.
Meanwhile, in Who-ville, life’s full of song. Everyone’s cheerful and nothing goes wrong. There are 96 girls in the Mayor’s happy brood But Jo-jo, the boy, seems rather subdued.
With hair in his eyes and a sad little frown He’s the first sulky kid ever born in that town. But the Mayor, meanwhile, has got his own trouble: Only he knows or cares what’s outside the Who-bubble.
The kidding is gentle, touched with affection And no mean-spiritedness or rejection. Like Horton, the film doesn’t hold any grudges. In the end, no one’s judged and nobody judges.
But the message that comes through the clearest of all Is: A person’s a person, no matter how small. And it should be, it should be, it SHOULD be that way! Horton’s own faithfulness carries the day!
at 2:45 AM No comments: