Mark Steyn on Obama and Jeremiah Wright:
http://article.nationalreview.com/print/?q=ZjE3NDc3YTU0ZGM5NGEzZTdkNjcyZjBiNDVjMjU5MGQ=
at 9:50 PM No comments:

"Regrettably, there is a strange new form of self-righteousness at work in the world-a psychological state of mind that is common to post-modernists such as J. K. Rowling," said O'Brien. "One of its symptoms is their inability to discuss on a serious level the truth or untruth of their cultural products. They avoid the real issues and instead take the 'ad hominem' approach-personal attacks against those who raise critical objections to the disorders in their books. From the vaccuum of real thought arises the dreary habit of classifying as a 'fundamentalist' any critic who bases his arguments on religious or spiritual grounds."
http://www.lifesitenews.com/ldn/2008/mar/08031204.html
at 4:54 PM No comments:

"An ordinary reader, basing his opinion only on the inane Telegraph coverage, might conclude that a 'sin,' in the Catholic understanding, is nothing more than a violation of rules set down by a group of men in Rome. If these rules are entirely arbitrary, then Vatican officials can change them at will; some sins will cease to exist and other 'new sins' will replace them. But that notion of sin is ludicrous."

http://www.cfra.com/chum_audio/Terrence_Prendergrast_Mar12.mp3
at 3:38 PM No comments: 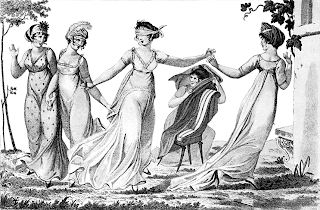 Another excellent post by Yaacov Ben Moshe in his newish blog 'Breathof the Beast': "Why Good People Believe Bad Things."

http://breathofthebeast.blogspot.com/2008/03/why-good-people-believe-bad-things.html
at 2:58 PM No comments: 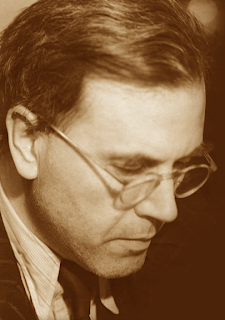 http://insidecatholic.com/Joomla/index.php?option=com_content&task=view&id=3019&Itemid=48
at 12:22 AM No comments: 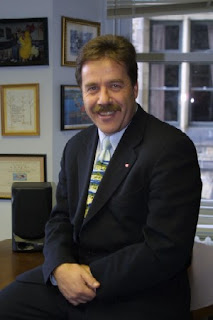 Its true, I have a reason to admire (my Dad's) MP. He was the ONLY NDP or Bloc MP to vote in favour of Bill C-484, second reading.

In my books, this makes him a REAL MAN!

I thank you and congratulate you for being there to vote in favour of Bill C-484, a reasonable and fair measure to protect unborn children whose mothers are under attack. I realize how difficult it must have been for you to support Bill C-484 in last weeks vote, with the NDP party policy to offer no protection at all for any unborn child, regardless of age or circumstance.

In gratitude, I'd like to offer you two bits of information you may find useful:

1. If you suffer criticism from your NDP, Bloc and Liberal colleagues for your support of Bill C-484, which seems likely, I offer you a reasonable response:

An Environics poll was conducted in October, 2007 to measure public reaction to Bill C-484. The survey began by telling the participants that in the past two years there have been three cases in Canada where pregnant women have been murdered. They were further told that currently in Canada, the Criminal Code does not recognize a fetus as a human being, so someone who injures or kills an unborn child during an attack on the mother cannot be charged with two crimes. When asked if they support or oppose legislation making it a separate crime to injure or kill a fetus during an attack on the mother, a large majority (72%) said they supported such legislation, 22% were opposed and 3% said it depends on the situation. When asked at what point in human development the law should protect human life, 30% said protection should begin from conception onward, 21% said protection should begin after three months of pregnancy and 11% said it should begin after six months.

2. In deciding whether or not you will support future bills protecting the unborn and respecting adults at the end of life, you should know that the Catholic Church has consistantly held that human life is sacred and unconditionally worthy of protection. Here's the point, Canada's Catholic population is about 45% of total and growing, while Protestants have dropped to 29%. Since NDP anti-life policies undermine that party with regard to Catholic voters, a pro-life voting record would help support your candidacy, all things being considered.

I thank you again for supporting Bill C-484, appreciating that you are one of the first NDP MPs to recognize that protection of human life is not only warranted, but reasonable and necessary for a healthy society.

"Thank you for contacting me about the recent Second District Court of Appeals ruling on home schooling.
Every California child deserves a quality education - but it is the parents' right to decide what's best for their children. Parents should not be penalized for acting in the best interests of their children's education.
This ruling is outrageous and must be overturned by the courts. If the courts do not act to protect parents' rights, then - as elected officials - we will.
Again, thank you for adding your voice to this important issue. "

Sincerely,Arnold Schwarzenegger
at 1:01 AM No comments: