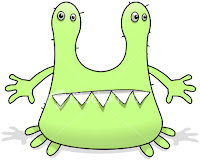 Stupidity and self-importance are the two-heads of the monster called audacity. Here's a woman who is enabled to proclaim with assurance her total, complete, and obvious ignorance:

"Jardine says she is 'not a whit dismayed' by the ethical problems presented by the HFE Bill's provisions to create human/animal hybrid clones or to use embryonic human beings for medical research. In fact, she says she enjoys the life and death implications of her new position.

Jardine is a British intellectual who was appointed this April as chairman of the Human Fertilisation and Embryology Authority. Her academic background is in early modern history and she is professor of Renaissance Studies at Queen Mary College at the University of London. Dr. Jardine, who calls herself an 'extremely devout' 'non-sectarian believer' in values and moral judgments, told the Guardian's Sarah Boseley that this teaching is a recent Catholic invention. 'Now that wasn't true in the 19th century - the Catholic church did not believe that then,' she said."


"... Dr. Jardine, whose academic background does not include training in either theology, Church history, bioethics or human embryology, may be surprised to find that she is also opposed by the entirety of the scientific consensus of the field of human embryology.

The idea that an embryo 'becomes' an 'individuated' human being at 14 days was invented by secular bioethicists in the late 1970s in the early days of in vitro fertilisation research. The same bioethicists have, through their testimony, informed and helped craft embryo research legislation around the world. Human embryologists, however, have only rarely been asked to give testimony before governments who seek to legalise or regulate embryo research." (LifesiteNews)

Obviously hand-picked for her ... unique qualifications.
at 1:19 PM