Where The UN Is Coming From 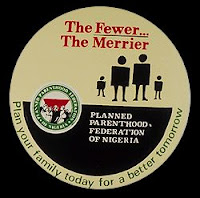 ...A leader in the United Nations Population Fund (UNFPA) has declared that the breakdown of traditional families, far from being a “crisis,” is actually a triumph for human rights.

Speaking at a colloquium held last month at Colegio Mexico in Mexico City, UNFPA representative Arie Hoekman denounced the idea that high rates of divorce and out-of-wedlock births represent a social crisis, claiming that they represent instead the triumph of “human rights” against “patriarchy.”

"In the eyes of conservative forces, these changes mean that the family is in crisis," he said. "In crisis? More than a crisis, we are in the presence of a weakening of the patriarchal structure, as a result of the disappearance of the economic base that sustains it and because of the rise of new values centered in the recognition of fundamental human rights."...

These are the people President Barack Obama made it a priority to fund with tax dollars. People who consider it a 'victory' for human rights that the family is breaking down, that children don't have parents, that children are subjected to sex indoctrination at earlier and earlier ages, that fewer children exist on this planet. People who believe 'family' is a 'bad word' loved only by conservatives!

Could the hypocrisy be any more obvious? Barack Obama is in no way, shape or form, a supporter of family life as most Americans understand it. He likes HIS family. He wishes there were fewer 'other' families, and he's willing to use your money to see that there are.
at 7:45 PM

This is absolutely insane! And to think that our president keeps company with people of this ilk.

If this is a triumph of human rights, then the increase in the number of stds in our nation must be a triumph for something. I can't imagine what. But these morons probably can. Maybe for pharmicists and the medical profession who gain monetarily from the std infected populace.