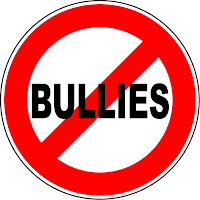 Here are some great posts on the 'free speech on campus' battle going on in Nova Scotia:

...The fascistic tactics of such militant Progs are beyond irony– they view themselves as lonely crusaders for truth, and that the ends justify all means, even if said means are prejudicial, anti-democratic, hateful, and suppressive or real debate and discussion on the issues they supposedly feel so strongly about. It’s political violence, of a sort, and injures civil society, facts and reflection, and is an absolute assumption of rightness and righteousness on the protesters. This is a popular tactic of Jihadists, brownshirts, black shirts, Bolshevik students, ranting 60’s student bullies– not of those who want the free exchange of ideas in pursuit of truth.…

...our awesomer-than-usual Infidel Prof sends along a screed he flung off to the local Chronicle Herald. Proborts, anti-speechists, and academic drones beware: the truth is offensive.

The Herald is right that the protesters who disrupted Jose Ruba’s presentation at Saint Mary’s University last Thursday (”Protesters denied pro-lifer’s right to free speech,” 10 February 2009) have no regard for freedom of expression and were acting as vigilantes. But the Herald fails to press the same points against the university.

This is the first paragraph of the university’s press release regarding the incident: “The University remains committed to academic freedom, diversity of opinion, and supports open debate in a forum that does not put the personal safety and rights of our community at risk. There is a balance that must be maintained among all of these.”

This paragraph implies that it is possible in a open debate to put at risk the rights of our community, and this risk has to be balanced against other things. The university and the protesters are, then, as one in their disdain for freedom of expression. One of the organizers of the protest has said that to compare abortion to the Holocaust, which indeed is what Mr Ruba did, is to violate people’s human rights. Now if it is possible in an open debate to put at risk people’s human rights, comparing abortion to the Holocaust seems a good candidate for violating human rights. The university might well agree with the protesters about both principle and case....

...Today’s issue of The Journal, student newspaper of Saint Mary’s University, carries a front-page story on last week’s disruption of a pro-life presentation by a bunch of Brown Shirts.

A high-ranking official says that the university forced the presentation to be moved off campus because of concerns that the young fascists would become violent if the event were not stopped....

...Among the many comments on this that I have read, one comment keeps popping up. If Mr. Ruba compares abortion to the holocaust, it is assumed that he is comparing women who have abortions to Nazis. I fail to see that that follows; only people who did not hear his talk make that conclusion. The comparison of abortion to the Holocaust is made on the basis of several points...

...Pro-lifers raise a number of important philosophical questions and dismissing them as irrelevant is not an intellectually satisfactory position for most people. The human mind, like the rest of nature, abhors a vacuum. When questions are raised, and answers sought, the need for authenticity and logical consistency pushes the mind to find answers, even if they are deemed "irrelevant" by some. That is the beauty of the human intellect.

We only need to persistently present the facts in a calm and peaceful manner. I am not saying this is the magic bullet. I don't believe in magic bullets for such complex questions.

I am saying it can only further our cause...

(If you have found other relevant articles you'd like to share, pleas add them in the comments, or e-mail me.)