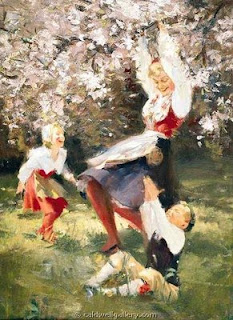 How can you tell that a country is desperate to maintain 'think' control over the populace?

The government of Sweden is taking a hard line against homeschoolers, proposing a bill that will only allow home education under “extraordinary circumstances,” reports the Home School Legal Defense Association. The bill is expected to pass in the Swedish parliament, following a review by the Supreme Administrative Court, and will allow for homeschooling families to face criminal charges.

The court has asked only for the government to specify the definition of “extraordinary circumstances.”

Jonas Himmelstrand, president of the Swedish Association for Home Education (ROHUS), said the situation is changing rapidly for the worse for homeschoolers in the country.

“Just two years ago my family and many others received the permission of local municipal school boards to homeschool.”

Himmelstrand continued, “Last year we won our court case at trial, but the appeals court sided with the government against our homeschooling. The school year was over before the school officials could bring another case. This year the authorities are being much more aggressive. Families are being fined and the new law would allow for the imposition of criminal sanctions.”

The news of the socialist government’s hardening attitude toward homeschoolers comes following the state seizure eight months ago of seven year-old Dominic Johansson, whose parents were educating him at home. Since the removal of Dominic by police from a plane the family had boarded with the intention of moving to India, Christer and Annie Johansson have been allowed to see their son for one hour every five weeks...

Meanwhile, in Sweden, the socialist government has done quite a bit to break down the largest impediment to total control - the family. Taking away the parents' God-given right and responsibility over their children is just the latest desperate measure.

Here's an interesting article by the OECD, wondering why gov't welfare programs designed to increase the birth rate, have not succeeded.

Perhaps turning mothers into careerists, who for extra benefits, also give birth to children the state takes care of was not that appealing an idea ? Maybe?

If you're not Swedish, don't feel smug. What has your (Canadian/UK/Euro) government been doing for your family lately!?
at 1:42 PM

Discovered your blog though your very perceptive comment on another blog I've been reading. Your perspective is refreshing - I'll be an avid reader of your musings here.