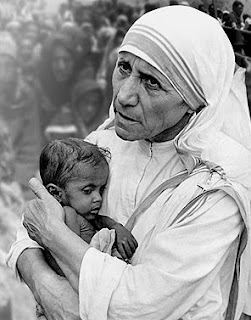 Let us affirm the unborn by our language.

Anyone who says to his brother, "Raca," is answerable to the Sanhedrin; anyone who says, "You fool!" will be in danger of the fire of hell.

Before the schoolyard bully beats up his victim, he calls him names. This is a way to dehumanize the victim, and therefore make it easier to justify attacking him.

In this verse from the Sermon on the Mount, Jesus says that using dehumanizing language is sinful. "Raca" was an Aramaic term of contempt. The respect and love we are called to have for other human lives is not limited to action alone; it also has to manifest itself in language.

He then shows that the same kind of dehumanizing language is used against the unborn, who have been called "parasites," "tissue," and "medical waste," among other things.

What are we to do instead? We are to affirm one another, including the unborn, with ennobling language that inspires respect and love. The unborn are precious children, they are our brothers and sisters, they are the image of God. Let us multiply the language of affirmation, as we hasten to the day of their protection!

Lord, we ask your forgiveness for any times our words have dehumanized our brothers and sisters. We also ask you to send your grace to those who speak and write in degrading terms about the children in the womb. Convert those who do not see the dignity of these children. Loosen the tongues of those who do not know how to acknowledge the humanity and sacredness of these tiny lives. Keep us all aware of the power of language, and help us to use it rightly in the cause of life and justice. We pray through Christ our Lord. Amen.