Bishop Tobin, Diocese of Providence, has 'disassociated' himself from the embarrassingly unfaithful Catholic Health Assoc... and he lays the blame at Sr Keehan's feet:

...Tobin told CHA director Sr. Carol Keehan in a March 29 letter that he was “very disappointed that the Catholic Health Association, under your leadership, publicly endorsed the recent health care legislation that was passed and signed into law.”...Tobin called out the group for paving the way to immense confusion among Catholics concerning the bill: “Your enthusiastic support of the legislation, in contradiction to the position of the Bishops of the United States, provided an excuse for members of Congress, misled the public and cause serious scandal for many members of the Church," he said.

Therefore, he said, “I am writing to request that St. Joseph Health Services of Rhode Island, sponsored by the Diocese of Providence, be removed from the membership list and mailing list of the Catholic Health Association.” 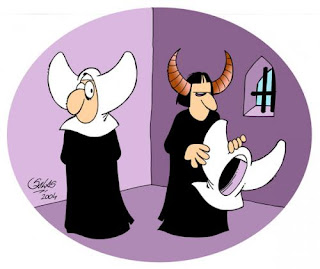