Peace at What Cost? 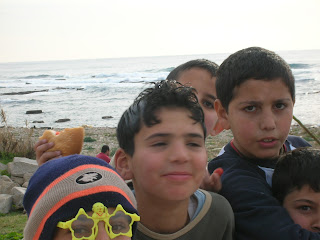 The Lebanese have negotiated a 'solution' to the state of near civil war that has been plaguing them since last year:

"Naturally, the initial comments are positive. Prime minister Fouad Siniora emphasises that 'we cannot have a future without domestic unity", and the leader of the majority, Saad Hariri, affirms that he is "always ready to make concessions for the sake of coexistence, and to turn a new page of reconciliation". For the head of the Lebanese armed forces, Samir Geagea, "the accord was the best we could come up with", while the Hezbollah member of parliament Mohammed Raad speaks of "high hopes for the Doha Accord which will rescue us from this crisis. No one in the world can cure our wounds if we don’t cooperate with one another". From the same front of the opposition, Michel Aoun maintains that "the accord is not ideal for any of the parties; I hope that safeguards are put in place for decent relations between the majority in the opposition'."

I was in Beirut, coiincidentally, on the first anniversary of Rafik Hariri's assassination. Hundreds of thousands rallied in oppostition to Syrian interference in Lebanese politics. It was an impressive show of unity. Now, the Lebanese have incorporated Syrian interference into their gov't via a 'veto' for Hezbollah.